And Then There Were Nuns

Adventures in a Cloistered Life

Have you noticed how, later in life, the unrequited dreams of youth return to haunt you? My dream was to become a nun. (OK, and a ballerina and a concert violinist.) Religion fascinated me, particularly those elusive, mysterious cloistered people who lurked in the background—nuns and monks. To me, they were every bit as counter cultural as rock musicians. Gradually, I began to sense a soft, whispered call to a religious vocation. Would I? Could I? That “call” still beckoned after three children and two divorces and so, in my mid-50s, I answered it.

A not insignificant wrinkle in my plan was that the man I had been dating for several years—and who had been emphatically against getting married—suddenly proposed. Whoa! I did not see that coming. Given that I had yet to confide to him my religious intentions, he was as shocked when I finally revealed them.  So, Jesus or The Boyfriend. What to do? The only sensible option was to park the proposal and follow my heart into the convent to see whether I was meant to be a nun. Best decision ever. Proof that any journey, regardless of outcome or age, can open your life in unimaginable ways. And if you think being a nun is easy or a sublime way of life, this book will set you straight. 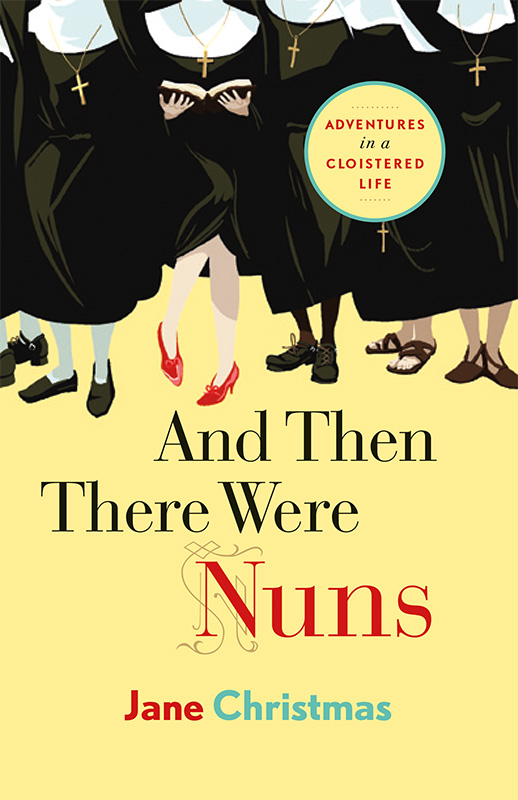 Entire site and contents © Copyright 2019-2021 Jane Christmas unless otherwise indicated.
Author photos by Jeannette E. Site des/dev/hosting by AZ.
And Then There Were Nuns | Jane Christmas